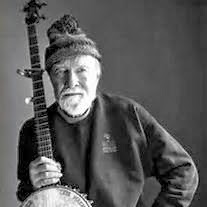 How could Hitler have been stopped? Litvinov, the Soviet delegate to the League of Nations in '36, proposed a worldwide quarantine but got no takers. For more on those times check out pacifist Dave Dellinger's book, From Yale to Jail ... At any rate, today I'll apologize for a number of things, such as thinking that Stalin was merely a "hard driver" and not a "supremely cruel misleader." I guess anyone who calls himself a Christian should be prepared to apologize for the Inquisition, the burning of heretics by Protestants, the slaughter of Jews and Muslims by Crusaders. White people in the U.S.A. ought to apologize for stealing land from Native Americans and enslaving blacks. Europeans could apologize for worldwide conquests, Mongolians for Genghis Khan. And supporters of Roosevelt could apologize for his support of Somoza, of Southern White Democrats, of Franco Spain, for putting Japanese Americans in concentration camps. Who should my granddaughter Moraya apologize to? She's part African, part European, part Chinese, part Japanese, part Native American. Let's look ahead - Pete Seeger


"I am not going to answer any questions as to my association, my philosophical or religious beliefs or my political beliefs, or how I voted in any election, or any of these private affairs. I think these are very improper questions for any American to be asked, especially under such compulsion as this" – Pete Seeger before the HUAC.


Popular history tells us two things about Pete Seeger. One is true; the other probably isn’t, although some people still say it is; and both limit our understanding of the man chronically.

“Pete Seeger knew Woody Guthrie,” we’re told. He did indeed. They were members of the same band, the Almanac Singers, and in a late interview Pete said something to the effect of “I think of us all as Woody’s children.”

“Pete Seeger tried to cut the cable with an axe at Newport to silence Bob Dylan’s electric band.” That’s the other piece of folk wisdom. Maria Muldaur repeats it in the Martin Scorsese movie “No Direction Home,” adding, “and he had to be subdued.” In Todd Haynes’ “I’m Not There” characters based on Pete and Bob Dylan’s manager Albert Grossman even tussle in the grass while “Maggie’s Farm” plays.

But the tussle, according to one source I located, was between Grossman and Alan Lomax, and it took place a couple of days before.

When Seeger spoke about the incident in later interviews he looked burdened by it. He was too honest, too brave, a man not to admit when he had failed; several times in his life he re-examined old positions he had taken and acknowledged his mistakes. If he had tried to cut the cable with an axe I think he would have said so. But he didn’t. What he said was this, and it’s perfectly credible:


I couldn't understand the words. I wanted to hear the words. It was a great song, "Maggie's Farm," and the sound was distorted. I ran over to the guy at the controls and shouted, "Fix the sound so you can hear the words." He hollered back, "This is the way they want it." I said "Damn it, if I had an axe, I'd cut the cable right now." But I was at fault. I was the MC, and I could have said to the part of the crowd that booed Bob, "you didn't boo Howlin' Wolf yesterday. He was electric!"


Whatever happened backstage at Newport, however, it was just one day, one strained moment, in the life of a remarkable man, and it diminishes him to be labelled as a footnote in the early career of another artist.

Seeger recorded and performed for several decades, staying true always to his love of traditional music (even when, occasionally, he allowed it to be varnished for a commercial audience), and acting as a selfless facilitator of other performers. He was also, whatever the ideological atmosphere of the times he lived in, resolutely true to his beliefs.

What were they? He called himself a Communist, unashamedly, and he was. In later life he admitted that he had been guilty of huge naivete about Stalin and the horrors being visited on ordinary people in the Soviet Union; but he also said—rightly—that what happened there, and happens today in China and North Korea, has nothing to do with the original intent of Communism.

I would suggest that Pete was a Communist in a tiny sense of the word (to paraphrase Peter Orlovsky)—that is, romantically, imaginatively. He wanted a better world. And however important we believe protest music to be in the evolution of society—as we saw in my last post, Bob Dylan thought, “Not very”—Pete used his music tirelessly in the service of that great cause.

He even lived to see the election of America’s first African-American president, and sang with his young admirer Bruce Springsteen at the inauguration. We may or may not think that Obama has been a successful president, but it is a better world even if a black man can walk into the White House and fail. In my own lifetime people of colour in some parts of America were still drinking from separate water fountains.

That inauguration show wasn’t Seeger’s last performance, though. The last time I saw him (he did other shows and appeared on tv too) was on a You Tube video joining the Occupy Wall Street demonstrators out in the dark city at midnight a couple of years ago. Hesitantly, in that tremulous whispering voice he developed in old age, Pete sang “We Shall Overcome,” supported by his grandson Tao, and everybody joined in—believing, if only for a moment, that it was prophecy rather than sentiment. And as Seeger himself said in a different context, “Who knows? Who knows?” One day it might just happen.