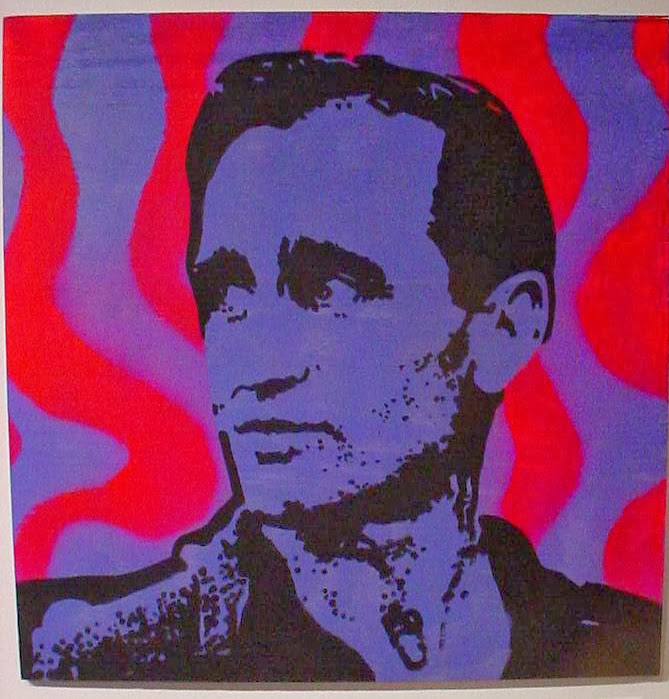 February is also an important month in Beat terms because it contains the anniversaries of the birth and death of Neal Cassady, the "secret hero," the "cocksman and Adonis of Denver" in Ginsberg's "Howl," famous also as the model for Kerouac's Dean Moriarty in "On The Road."

Cassady was born in Utah on February 8th 1926; but after the death of his mother, moved to Denver with his alcoholic dad and had a truly Beat upbringing (though the term wasn't in use yet) on Skid Row and in reform school.

Later he became the inspiration for Ginsberg and Kerouac, and then drove Kesey's bus Furthur around America, disturbing younger members of Kesey's troupe because of his resemblance to their own parents. (He was, by that point, older, and gaunt with drug abuse and melancholy.)

Despite the characterisation of Cassady as a boorish sociopath by critics like Kim Newman when Walter Salles' film version of "On The Road" was released,the man was evidently cursed throughout his life with a kind of morbid sensitivity. He was capable of great cruelty and selfishness, it seems (who isn't), but various sources suggest he felt exploited by Kerouac's portrayal of him. Why else would he spitefully refer to the man who created his legend as "a trophy-winning speed typist"? And his association with Kesey seems, to some extent, to have been a mad chase to live up to the image that Jack had created for him. Curious, that, for someone who felt the representation of his character was too confining.

But Hunter Thompson, facing exactly the same predicament, did exactly the same thing. Living in the shadow of Raoul Duke, he felt obliged to be Raoul Duke to please everyone around him. Such fame, as Bob Dylan said (and he's a much more stubborn and determined man than either Cassady or Thompson), produces "a weird kind of guilt."

This year is the 88th anniversary of Neal's birth and the 46th anniversay of his tragically early death on February 4th 1968. To mark both, the "5th Annual Neal Cassady Birthday Bash" is being held at the Mercury Cafe in Denver on Friday 7th. David Amram and John Allen Cassady will be there. The latter will present a special tribute to his mother and Neal's wife Carolyn Cassady, who died in 2013. Tickets are $20 in advance and $25 on the door. Phone (800)838-3006
Allen Ginsberg Bob Dylan Carolyn Cassady Hunter S. Thompson Jack Kerouac Ken Kesey Kim Newman Neal Cassady