He Changed My Life: Thirty Years With Bob Dylan (Part 2) 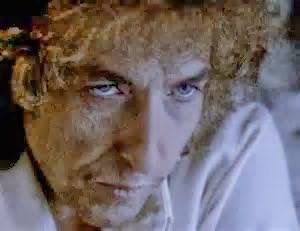 I’ve been a Dylan fan for thirty years this year. I don’t remember exactly when we met but I’m pretty sure it was sometime in the summer, when the days were long and empty and the weather was tepid. But however early or late I may be for the anniversary, thirty years is a long, long time. In fact, coming as I do from a pretty dysfunctional family, and not finding until 2009 someone I wanted to live with and love more than I wanted to escape from and forget, you could say without fear of contradiction that I’ve known Bob longer than I’ve known anyone in my life.

Of course, it hasn’t always been easy to walk the road with such a difficult, intransigent, occasionally perverse artist. I became a Dylan fan in the 80s and the second part of that decade seemed, then anyway (I haven’t thought about it much until now) his lowest point artistically. He seemed to be on the cusp of a great new flowering of his creative genius with “Infidels” and “Empire Burlesque” but the appearance at Live Aid was a disaster. I stayed up until four in the morning (UK time) to watch my hero live for the first time and he was dreadful. The reasons for that are well rehearsed: he told Andy Kershaw on the BBC music programme "Whistle Test" that they were setting up for the “We Are The World” ensemble finale behind the curtain and he couldn’t hear himself or Keith and Ronnie. Whether you believe Bob or not is up to you. But I was so upset by the debacle that followed Jack Nicholson’s over-the-top introduction I couldn’t talk about it for days. Everyone I knew took the piss mercilessly.

I’ve no idea what happened, whether it was age or the nature of the times (few of the Sixties heroes had handled the ideological shift in the Eighties well); I don’t even know whether I made it all up completely in my own head, but Bob seemed to lose himself for a while after that. Maybe I’ll go back to those records tomorrow and discover great lyrical wonders? I already have with some. “Brownsville Girl” is wonderful. But he was playing giant venues in rock star costumes back then and something in the music just didn’t click. I had a feeling he’d stopped caring. And because he didn’t seem to care, I stopped caring too. I had the chance to go and see him when he played some English dates but I didn’t take it. I was working again, but I wasn’t going to spend a lot of money and go half way across the country to see another Live Aid.

The rupture between us that he knew nothing about was partially repaired by a BBC interview he did on the set of "Hearts of Fire." I remember my friend Johnny, who knew nothing about Dylan, caught the programme by accident the night it was aired and the way that Bob looked at the interviewer transfixed him. “His eyes were psychotic, man,” Johnny told me, awed, the next morning. “I bet he’s a mean mother----- if you get on the wrong side of him.” In the programme, Bob snatched the journalist’s question sheet and drew him as he was trying to conduct the interview. It was vintage Dylan, even if he wouldn’t have touched the movie with a ten-foot bargepole had he been on top of his game. You can still find the whole thing on You Tube. Look, especially, for the moment where the journo, referring to John Lennon, asks Dylan, “Are you afraid that you might be killed by someone who thinks they love you?” “Isn’t that always the case?” Dylan retorts.

I can’t remember when I came back into the fold completely. I hadn’t bought anything by Dylan for a long time, despite the fact that I still listened to his earlier stuff. I didn’t like “Oh Mercy” as much as other people when it came out, still being cross with Bob, like someone who’d been let down one too many times by an unreliable partner (what burdens we dump on our heroes). I bought it on cassette because the reviews were so good, but I convinced myself the album sounded more like Daniel Lanois than Dylan (although nobody except Bob could have written “Man In A Long Black Coat”); and I didn’t like a guy like Lanois going anywhere near Bob anyway. He was someone I associated with the phoney pomp rock of the 80s, not the beautiful pure true rock of the 60s. I know I know: horse shit. But I was young, and like Dylan himself says, “You can’t be wise and in love at the same time.”

It may have been as late as “Time Out Of Mind” when I unfolded my arms and admitted that Dylan was still my artist. Another Lanois production maybe, and a beautiful one at that (I can see it now with 16 more years of road beneath my battered trainers) but the record was indisputably Bob’s. Praised so deservedly by the critics, it was like the first sunrise after the apocalypse. When I brought it home and played it all the way through I wept.

Secretly, without even knowing it myself I think, I’d been waiting, hoping, all along for Dylan to make another album like that. Everybody had. But maybe it was an unreasonable expectation: Ginsberg wrote “Howl” and “Kaddish,” but nothing else in the 37 years between “Kaddish” and his death matched the beauty and the brilliance of those two epic poems. The fact that Dylan had already given us seven or eight masterpieces wasn’t enough. He had to do it again, and after “Time Out Of Mind” he was expected to produce another, which he did, with “Love and Theft.” And then we all had the nerve to be a disappointed because he dipped a little bit with “Modern Times” and “Together Through Life.” They were better than anything anybody else was coming up with, but Dylan somehow owed more.

Like hell he did (even though he surprised everyone and topped everything with last year’s “Tempest”). No wonder he has been driven into what Stephen Dedalus in "A Portrait of the Artist As A Young Man" called “silence, exile and cunning” from time to time. No wonder he sometimes seems, as I said, “difficult, intransigent, and […] perverse." Who wouldn’t be if they found themselves one of the most visible men in the world, expected to give more and give better than everyone for as long as they lived. I have to be honest, it would fuck me right off. .

So now as I hit the age Dylan reached when I thought he’d gone off the rails, and I have more ailments than I can count, and more doubt than I can deal with, and the clear sense that nothing matters in the world very much except love and loyalty, I’m not asking Dylan for anything more than he’s already given. Christ, he articulated the only really clear and honest vision of life that I’ve ever known; and in so doing, he pushed me out onto the road I’ve been walking ever since. What else could I reasonably ask?

Just happiness for someone who I heard (true or false I don’t know) isn’t the happiest guy in the world. A few years more to drink coffee and play guitar on the steps on hazy summer mornings while the dogs lope around in the garden. And loving hands with good long sensitive fingers to give his skull a rub when too much thinking makes his head ache. And why not? That’s what I want for myself.
Allen Ginsberg Andy Kershaw Bob Dylan heroes James Joyce John Lennon Keith Richards Live Aid The 80s