The Trial of the Chicago Seven (Well, Eight) 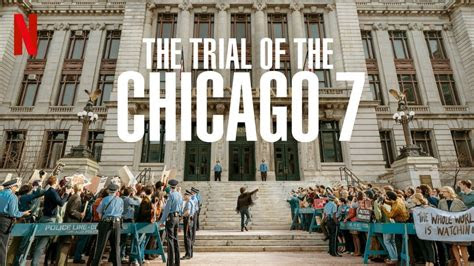 Aaron Sorkin's new Netflix movie 'The Trial of the Chicago 7' arrives on our screens in October. In the present climate, it's going to be a timely piece. The film is set in 1968, when the Vietnam War and institutionalised racism were dividing America much as it is divided today. At the Democratic Convention in Chicago that year, the police famously ran riot and viciously assaulted hundreds of young people who had come to the city to protest against the war. Although the motivation of those who came was more various and complex than that. Poet Ed Sanders saw the assembly of youth in the streets and parks of Chicago as a 'Festival of Life' that would act as a kind of karmic counterweight, in its affirmative message, to the hawkish warmongering inside what he called the 'Democratic Death Convention'.
Britannica suggests that the reason for the brutal attack by the police on the young people who'd come to the city was the attempted enforcement of an 11pm curfew, which the protestors refused to comply with. The city, run by the notorious Mayor Daley, denied the groups in attendance permits to all marches and rallies except an afternoon rally in Grant Park. Unsurprisingly, given that they had nowhere else to go, about 15,000 people turned up, but when they tried to march out of the park they were intercepted by police in a manner so violent Sandi Thompson revealed that it made her husband Hunter weep. He was in Chicago for the Convention. I've always believed his seething hatred of Hubert Humphrey and Ed Muskie, which flowered magnificently in Fear and Loathing on the Campaign Trail, took root during that campaign. 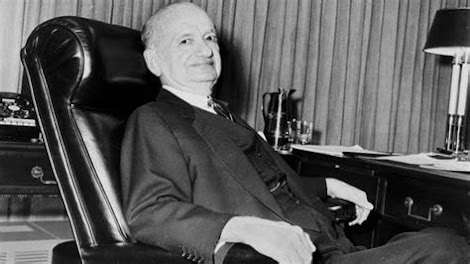 Julius Hoffman
Hundreds of people were arrested during the police riots that lasted, in total, five days and nights, among them eight significant political activists and counter-culture leaders. And in the trial that followed, which is the subject of the film, Judge Julius Hoffman and the Prosecution did everything they could to have the defendants jailed.  Everything legal and everything that pushed the law to breaking point. I've known about the trial for years because I am a fan of Allen Ginsberg, who testified for the Defence (though his testimony is not shown in the film). And yet the last time I saw the 1987 play Conspiracy: The Trial of the Chicago 8, it still shocked and angered me, even though I knew what was coming. 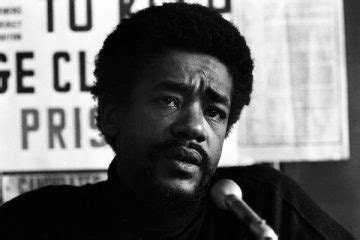 Bobby Seale
The film is titled differently from the play because Bobby Seale of the Black Panthers was severed from the case by Hoffman and sentenced to four years for contempt of court. Eight, therefore, had become seven. Why? Denied the right both to be defended by the lawyer of his choice or to defend himself, Seale was understandably furious:
[…] Those jive lying witnesses up there presented by these pig agents of the government […] lie and say and condone some rotten racists, fascist crap by racist cops […] I demand my constitutional rights!
Seale's reward for those comments, initially, was to be bound and gagged and made to sit in the courtroom as proceedings continued. This lasted for several days before Seale was finally removed. Even watching a group of actors play out this moment is profoundly distressing. To think that it happened in real life, in our time (mine anyway), boggles the mind. I don't know if the history of the Black Panthers is taught in American schools; I'm pretty sure it isn't in the UK. But in the era of Black Lives Matter, after the murder of George Floyd and the outrageous exoneration of the cops involved in the death of Breonna Taylor - at a time when cities in the US are burning with the need for racial justice - the spectacle of a black man being humiliated deliberately by a judge who the current president would invite to dinner might possibly prove incendiary. 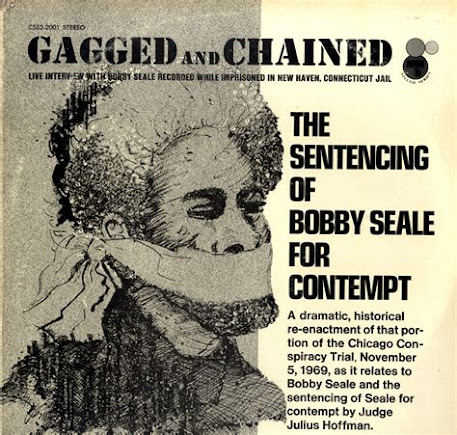