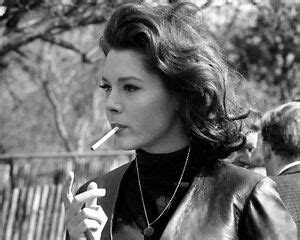 One thing this blog missed recently is the death of Diana Rigg. It happened sometime last week. We were waiting for her debut appearance in the new tv adaptation of 'All Creatures Great and Small' when we heard. Sadly her first scene as Mrs. Pumphrey came a few days after her passing and the show ended with an image of the actress and her birth and death dates. It was quiet and moving.
I didn't see Diana in 'Game of Thrones' because like her, I didn't watch the show. But her career had blossomed again wonderfully in her seventies, when she began appearing as a succession of formidable grandmothers, some of them eccentric, and in the case of Mrs. Pumphrey, enjoying the freedom age brings to flirt shamelessly without responsibility. She had spoken of her advancing years as a release in a magazine interview.
She was great in those late roles. But of course it's 'The Avengers' for which most of us will remember her. 'The Avengers' is the essence of 1960s style, its cool, its unselfconscious silliness - if you're the best-looking, best-dressed person in the room, if you're the person who, as Dylan would say, knows what's happening, you don't have to take yourself seriously.
They never did. In a show I saw recently, Steed and Emma are out shooting to relax after an adventure in a castle. Emma raises her shotgun to the sky and shoots down a succession of teddy bears, one of which has a bottle of champagne beside it. The next volley of shots brings down two champagne glasses.
If you have to ask why, or if you feel the need to ask why, perhaps, 'The Avengers' just isn't for you.