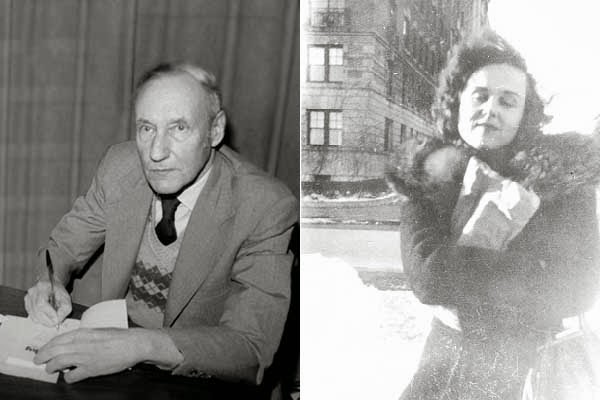 Today is the anniversary of Neal Cassady's mysterious death in Mexico. It's also the anniversary of the birth of Joan Vollmer, who became William Burroughs' wife and went down in twentieth century cultural history as the woman who died from a bullet wound to the head in a game of William Tell that went tragically wrong

Joan was, of course, worth more than being a ghastly footnote in someone else's biography, even someone as considerable as William Burroughs. By all accounts she was more intelligent than her famously brilliant husband and eventual slayer. But the process of re-integrating all the significant women into the cultural stories from which they have been excluded is a slow one. We wake up from the past with all the verve of blind oxen.

In a post from the Nineties on his excellent "Literary Kicks" page, Levi Asher writes that Joan's death has caused some people to dismiss William Burroughs without reading his work, and others to regard him as an admirable icon of the Underground. Condemnation is a more understandable response than congratulation for such a horrific act,as far as I'm concerned; but anyone who thinks Burroughs didn't suffer terribly as a result of the shooting must lack a little something in the area of common humanity.

I am forced to the appalling conclusion that I would never have become a writer but for Joan's death, and to a realization of the extent to which this event has motivated and formulated my writing. I live with the constant threat of possession, and a constant need to escape from possession, from control. So the death of Joan brought me in contact with the invader, the Ugly Spirit, and maneuvered me into a life long struggle, in which I have had no choice except to write my way out ~ William S. Burroughs
Joan Vollmer Adams Burroughs Levi Asher. Literary Kicks William Burroughs