Northamptonshire Cuts: Does Anybody Read These Days? 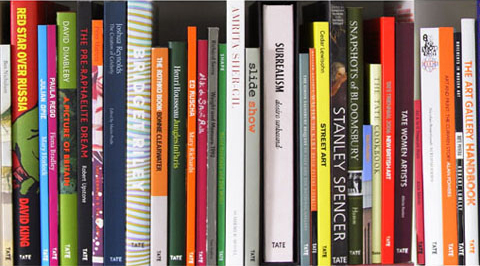 It was World Book Day on Thursday. People are sceptical about most World-- or International Anything Days, or Months, seeing them as tokenistic or politically motivated. But World Book Day has really caught on. Schools encourage children to dress like their favourite characters from books, which in some at least will foster a connection between reading and fun, perhaps even self-actualisation. The media discusses books on World Book Day as well. It's the one time of the year when reading in the traditional way isn't presented as archaic, the province of social rejects or old people with their lives long behind them.

In Northamptonshire, World Book Day happened to fall in the week when the county council, who have made themselves a national embarrassment by ruining the county financially, announced their new post-calamity budget. Which is worse than a calamity; it's closer to a kind of social Armageddon for the poor, the lonely and the vulnerable. To balance the books the council is axing subsidised bus services, which at a stroke isolates those who don't have cars and can't afford taxis. It's also promising to close 21 of Northamptonshire's smaller libraries.

I was in a rage about this when I heard the news. People told me it was okay, though. Nobody used libraries anymore. Most didn't even read books anymore. The proof of it was that the smaller libraries were often empty when you went in. I don't know about that. We often generalise about things we've only experienced once or twice. Thinking libraries are always empty because you once saw an empty library is a logical fallacy, like believing nurses all stand around talking to each other when they should be caring for patients because you walked into the ward once at handover.

I have no idea whether we read more, or less, than we used to. The majority of travellers waiting in bus stations seem to be looking at their mobiles these days; but when I was younger they would have read newspapers anyway, not books. There were only ever a handful of people reading novels. It was the same among your friends and family. One liked magazines; one listened to music; someone else loved movies and television. Books weren't the popular choice even in the 1970s.

But people always read. I discovered my passion for books in the mobile library that came through our village every Friday afternoon when I was a boy; and children are still learning to love them today. A child I tutored a few years ago brought David Walliams novels to every one of our sessions just because he liked holding the books and talking about them. His parents had fostered this appreciation of books by buying new ones for him as a reward for academic success.

What about parents who can't afford to buy books, though? Where are the academic stars or the fanatical book hobbyists of the next generation of working class kids supposed to come from if they don't have access to books? I hear the people I spoke to on this subject last week saying they can read their books online. Perhaps they can with some books, if the books are available online, and if they have access to the internet. Some do; some don't. It isn't as ubiquitous as we might suppose among those who are struggling just to stay afloat. It's also hard to believe anyone would fall in love with reading by holding a kindle.

And what about older people, many of whom won't have internet access, and will need the connection with the outside world that going to the library for a book every week provides? Northamptonshire County Council, it seems, doesn't care. Go to one of the major libraries, I can imagine them saying. A fine solution if you are physically able, if you can afford the fare, and if the Council hasn't cut the subsidised bus route out of your village.