What's Going On: Keeping It New in my Fifties 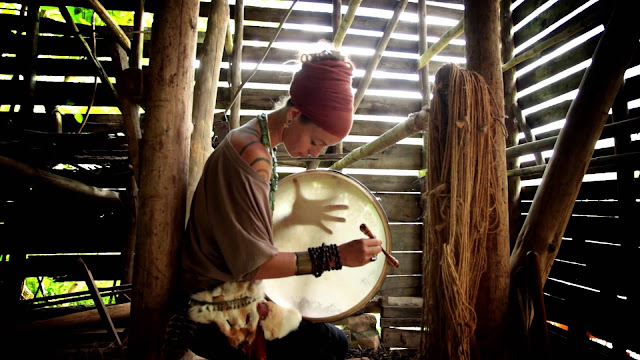 Poetry is my vocation but music is my love. Music even gave me poetry, in a sense. I'd read one poem I loved before, but only one: Dryden's 'MacFlecknoe', which succeeded where others failed because it had fart jokes and a reference to people chucking their poo into the Thames in the morning. But listening to the words of Bob Dylan, I woke up to poetry's incredible possibilities. I also first encountered Allen Ginsberg in Dylan's movie 'Renaldo and Clara'.

I don't listen to Dylan anymore. There seems no need, I exhausted my appetite for his take on the world a long time ago. Other musical heroes have faded (Neil Young, for example) while on certain days I still listen to some. When Willie Nelson has a new one out, I always try to hear it. Partly that's because of Willie's amused detachment from the business he's in. He doesn't need fame for personal completion.The other reason is that he doesn't do the same thing repeatedly. In the last few years we've seen a reggae album and duets with Snoop Dogg interspersed with peace songs and dark meditations on death.

My creativity and my sense of personal well-being rely on my involvement with other artists; not as much as they depend on my relationships, but art is significant. Music, however, has changed. Just not in the way we think. Some younger people I've spoken to say it isn't as good as it used to be. And people in their forties and older, many of us, are convinced it's not. 'In our day you could see the Sex Pistols and the Jam on the same edition of "Top of the Pops",' they say. 'Now everything is Ed Sheeran and Adele.' I've even expressed that view myself on occasion and retreated into old musical habits to hide my mind from the over-produced commercialised garbage played ad nauseum on the radio. Crosby, Stills and Nash are vastly more appealing to my ears than anything I've heard on Heart Extra.

The thing is, you won't hear anything on the radio that will shake you up or thrill you or liberate you, not anymore. (There wasn't that much of it in the old days either.) It's true what the jaded nostalgia buffs and old cynics say about the music business being swallowed by the capitalist ethos of (in Jim Morrison's words) 'money beats soul every time'. If the record companies can't make money from an artist they won't sign him or her; and if artists doesn't bring a radio station listeners, it won't play them.

What those of us of an advanced vintage often forget is that we no longer need radio stations, or even music shops, to act as our intermediaries when it comes to music. The internet has been unwelcome, in a way, for artists with multi-million dollar recording contracts. Columbia police YouTube like Chinese secret police in Lhasa and insist every upload of a Bob Dylan song (Dylan, the scion of Woody Guthrie) be deleted for copyright reasons. Artists without contracts, or artists recording on tiny labels, however, can put their music online and be heard, potentially, almost anywhere in the world. And as listeners we can hear almost any musician in the world, if they have access to a camera.

So lately I've been doing just that, going online to see what, and who, I could find. There are probably a hundred different platforms I don't know about, but YouTube is the one I've been using for my investigations. The results have been extraordinary. It turns out there is a whole generation of young artists who I'd never even heard of making fresh, honest, soulful, brilliant new music. You will never see most of it on tv, and if some of these men and women get within five miles of a giant concert venue it will be when they are busking for pennies from Sheeran fans. But that isn't important. It's the music that's important. Which sounds dreadfully purist and not at all the sort of sentiment you're supposed to indulge in now, but I think people should be purists about their art. Power subjugates and controls first by making us cynical.

Here's one band I found during my searches for new music online. Even their name would prevent them from being played on the radio, unless 'on the rag' means something different on the other side of the water. Seeing how they rattle out 'Something Smells Like Fish', though, I have a feeling that exclusion from mainstream radio wouldn't bother them a bit. They look like they're having a party out on the street.

The most polished and realised of the bands is Rising Appalachia, at least from the searches I've made. They have had some success already, and they come with a complete environmental and spiritual vision for the world. I thought they were my discovery until Martyna, a hippie friend, told me she listened to them every morning. Then I found out one of my other Facebook friends was an admirer too. They do have music out. I've looked for them on Amazon to see if they had a cd I could buy. Unfortunately, they're all in the £15-25 range, which is a little out of my league.

I could go on for much longer about the fantastic music that's being made right now, and how inspiring it has been for me creatively to find it. But I don't want to tax the reader's patience. I'll end with one more video, this one featuring the most raggle-taggle gang you'll ever see knocking out a great performance on the street. They're the Rail Yard Ghosts and they kick serious musical arse.