THE VOICE IN POETRY 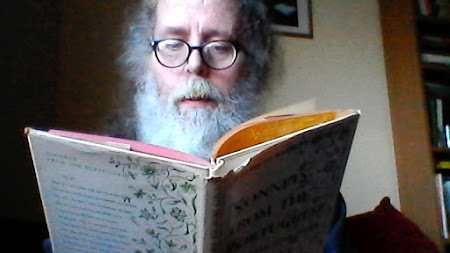 As artists, we understand that we've really made it creatively when we find what might be called our own voice. That could mean any number of things, but for me it means writing poetry that reflects my own sensibility in a style that isn't imitative of anybody else. Sometimes it also means incorporating my lived experience, which since it is my own, is obviously unique. I've achieved it a few times, although I fail more often than not. But finding your own voice in poetry is hard. There are the pervasive ideas of the age to contend with, and since all of us succumb occasionally to the presenteeism that makes us feel validated, there is the desire to play the game sometimes just to be published.
Your voice, of course, begins with the people who influenced you. My first great poetry hero was probably Jim Morrison, if by 'poet' we understand someone who calls himself poet and romanticises himself in that way. I'd already been interested in Bob Dylan by the time I discovered the Doors, but Dylan didn't talk about himself that way, not then; I'm not sure he ever really has.
The first poetry though, for me, was Augustan satire, particularly Jonathan Swift and Alexander Pope, and I've never lost my love for it. I've never met anyone who shared my love for it either. I suspect that even in Academia the Augustans are seen as primarily comics, entertainers, and therefore of a lower order artistically. The poems are really bloody long as well, so reading them takes patience
Through Dylan, and particularly his film 'Renaldo & Clara', I discovered Allen Ginsberg and the Beats. That would have been in 1982 or '83, on that memorable night when the new Channel 4 showed the full, uncut version of Dylan's movie for the first and only time. I recorded it on my mum's VCR and played it endlessly. Who was this strange, bespectacled, bearded, awkward, interesting Allen Ginsberg? Who was Jack Kerouac?
My local library answered those questions in the next few months. I read 'Howl' and attempted 'Kaddish' in an American poetry anthology. I boldly took on 'Visions of Cody' (and lost). It was at my favourite library table that I first tackled Ezra Pound's Cantos as well. I've still only mastered a small number of them, although I think the attempt would be worth it for someone who had more time left than me. I don't share the anti-intellectualism that abounds in the poetry world, where so much is dismissed just because it requires a little investigation.
That wasn't always the case, of course. Ginsberg was radical and a classicist. Snyder was a scholar of the first order. So was Ed Sanders. Chris Torrance, on our side of the ocean, was flat-out brilliant. But something happened -- probably several things -- in the late Sixties / early Seventies to make study seem suspect. And one of the things that happened was Charles Bukowski.
I remember my first encounter with Bukowski's persona, if not his poetry. It was when the film 'Tales of Ordinary Madness' was released on VHS. I didn't like the film or the central character, so I doubt I would have rushed out to buy a book in the succeeding days. And when I finally read Bukowski's poetry, whenever that was, I didn't like it either, although I learned to. It seemed simplistic to me at first, and the voice in the poems affected -- Hemingway crossed with Mickey Spillane.
But as I say, I learned to like it, though he was never my favourite. I read all the books. I even absorbed a feeble approximation of his style. It's a common mistake made by people who appreciate his work. It made mine utterly fake, and it pleased quite a few editors.
Leaving aside the fact that imitation is artistically nullifying, I couldn't write like Bukowski, whose age we seem to have been stuck in for some time now (it's more of a post-Bukowski age, perhaps, but his influence still towers over everyone). I can't write like Kerouac either, or Ginsberg, or Brautigan, or Jim Morrison, or Todd Moore, or anyone else for that matter. And do you know something?  At this stage of my writing life I no longer want to.
I am not any of those people. I don't drink because of my epilepsy, but even when I did I was more of a social drinker than a heavy drinker.  Most alcoholics are crashing bores. I think sentimentalising about the school of life and imagining it creates sharper minds and more immediacy in poetry is nonsense. Most poetry produced by those without degrees is as imitative and dull as the poems of those with degrees. I don't like boxing, I think prostitutes are victims of a misogynistic socio-economic system and I think anybody who commits the common small press error of romanticising bullfighting should go into the ring unarmed and face a raging, snorting, angry bull.
Violence and existential angst might well be the lived experience of some poets. If it is then writing about it is fair enough, though you would hope they might do so without stealing the language and imagery of other poets. Neither state is my lived experience. I lead a simple, non-violent life on a relatively peaceful street surrounded by beautiful trees and supportive, amiable neighbours. I have very little money but I don't want any more than I have. Give me food on my plate and a new book to read whenever I'm done with the last and I'm happy. Let Michelle be beside me and I will never question my place on Earth. And I believe that the vast majority of people are good. It is governments who manipulate and exploit divisions between neighbours and communities. Any other view seems self-indulgent to me.
That's why I write these poems the way I do.

Bruce Hodder said…
Cheers Tom. I've wanted to get some of those things off my chest for a while.
9:27 PM

Bruce Hodder said…
Thanks Jimtom. Yours is one of the few genuinely original and distinctive voices in poetry that I've ever heard. 'Tis a rare gift indeed and I appreciate your comment!
9:30 PM