POEM: EIGHT HOURS AT WORK ARGUING ABOUT GOD WITH A CHRISTIAN 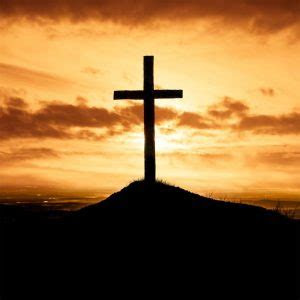 This poem, just finished, was a response begun years ago to a long night of argument with a man who called himself a Christian but belonged to an extreme, politically conservative wing of the religion characterised by its incredible, nauseating intolerance. Which has nothing to do at all, as far as I know, with the message of peace, love and universal compassion taught by Jesus. If you stick with the poem, you'll see I'm not mocking Christianity so much as rationalised bigotry and hatred.

EIGHT HOURS AT WORK ARGUING ABOUT GOD WITH A CHRISTIAN

Tonight the imbeciles are out in force.

You've wittered on for hours (you’re still not hoarse)

and said humanity is sinful, while

expressing certainty that you’ve been saved.

You’ve told me alcoholics are depraved;

to make their own luck as you have done,

but you’ve continued. You have too much Lord

to give up at five hours, six or seven.

It’s your job to drag lost souls to Heaven.

And yet the torch of God inside you fails

and women who abort their unborn child.

They, more than anybody, you’ve reviled.

You’ve asked how many times we must forgive.

You’ve said there is decay; that how we live's

corrupt, where it was clean as spring rain, pure,

in the Fifties, when nobody would lock their door,

(But gay men were poisoned and castrated.)

If you've been trying to recruit me, man,

you've failed. We've ended where we both began.

and other Heathens if we didn’t see

such bigotry in you. ‘Judge not,’ God warns,

unless you want to meet the bloke with horns.

Being black, you say, makes you a Labour man.

I've told you twice, I don't see how you can

be, thinking welfare should be cut long-term:

one year, perhaps or ‘they’ will never learn

to get up off their backsides like you did;

‘they’ll’ make a soft life on the dole instead.

No Labour person would ever think that way,

and I doubt that Christ would ever speak of ‘they’.

All true adherents of the great faiths know,

and frankly I shouldn’t have to tell you so,

When you stand singing at your local church

with the monied Baptists, have you ever searched

your Bible, and found a passage, even one,

I think you'll find it's 'Give it to the poor',

and when I say I think, I mean I'm sure.

I think you'll find it's 'Heaven’s gates are shut

to greedy and self-righteous bastards but

don’t worry, there’s another place for you.

It’s warm year-round and full of preachers too.'