WHEN THE STORM IS COMING: WHAT EPILEPSY IS LIKE ON THE INSIDE 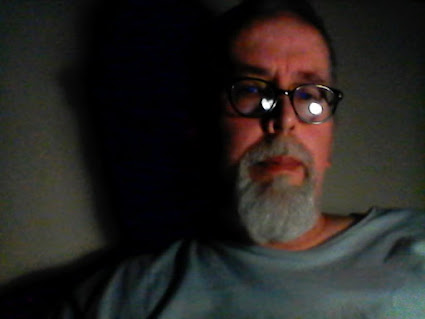 I was walking down Kettering Road to get my medication from Parklands Pharmacy this afternoon when I started feeling ill. It began as an awareness, a creeping awareness, that something wasn't right inside. I didn't know what, but it had happened before, sometimes with bad results.
I began to panic, at least vaguely. Then I had a queasy feeling somewhere between my stomach and my chest. When I looked at the steady flow of passing cars I realised my brain was giving unusual attention to the number plates. I wrenched it away, knowing when I do this a seizure is coming. I consciously shut off the noisy music playing in my head too. When the storm is coming, you have to try to be absolutely still and quiet inside, however afraid you are.
While all this was going on -- this silent, invisible struggle -- I walked. But I had to slow down. I thought I might vomit if I didn't. I debated with myself whether to keep going to the chemist, or turn around and go home, where I would be safer. I looked ahead of me, scouting for somewhere I could go and crouch if a collapse was imminent. I spotted an overgrown, bushy fence with a wide grass verge in front of it. 'There,' I thought. I could see myself clearly, on my back having a seizure in the frosty grass, cars still streaming by, though I knew someone, at least, would stop.
It was just as far home now as it was to the chemist. So I continued walking, defiantly, maybe stupidly, still afraid even though my symptoms were subsiding.
Nothing happened this time. Well, let's say it didn't get any worse. Feeling scared and lonely as I did -- the loneliness is indescribable when you know you might collapse in public -- that's enough of a thing for one day. But next time, or the one after that, it could be a seizure, and every time I have a seizure I could die. My hope is that people will understand these things when they wonder why I'm not the same man anymore.