The Unknown Life of Ida John 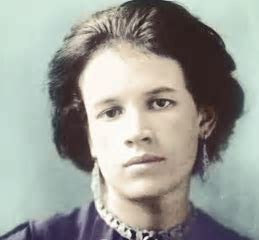 When I was born, in the 1960s, birth certificates recorded your mother's name, and your father's name and occupation. It was assumed that your mother wouldn't have a job. Her job was to raise you. (And, it could reasonably be argued, your father.)

That was in the 1960s. When Ida Nettleship was born in 1877 her mother Adaline wasn't even able to vote. Ida would never experience the nominal equality of choosing her MP either, as she died tragically young. But hers was a life as liberated from patriarchal restrictions as it was cruelly circumscribed by them. The liberation is obvious. For the circumscription you have to look a little deeper.

Ida was a painter. She had studied at the Slade, and there she met the soon-to-be-infamous Augustus John. John painted the picture at the top of this post. He was considered a genius not only for his paintings but also for his unruly and selfish behaviour. Ginsberg identified this artistic stereotype in a funny but exasperated sideswipe at Gregory Corso. It's also strongly evident in the myth of Bob Dylan. Combine talent with self-absorption and you have a legend in the making if the artist is a man.

When Ida was almost twenty-four she married John in St Pancras Registry Office in London, and soon thereafter began a pattern that would continue for the remaining six years of her life. Ida developed the conviction that her husband, being the greater artist, needed support rather than the stimulation of creative rivalry, and so she abandoned her art to establish a home environment and a marriage in which this giant spirit could work.

Her will in this regard was soon to be severely tested. Augustus, who we now know was as priapic as any egotistical semi-celebrity, fell in love with Dorelia McNeill, and Ida, in act of heroic self-sacrifice, allowed Dorelia to come and live with them. It pleased Augustus. It kept him working. And with son after son being born, it kept Ida's marriage intact, in its idiosyncratic way. Her letters also suggest, although you can never be certain, that at times Ida liked the defiance of convention inherent in the new arrangement. 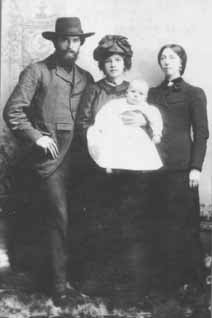 The arrangement, of course, was scandalous, and Ida's family struggled to accept it. She chided them all, in her letters. But she also confessed, in less defiant moods, to the anger and resentment she felt towards Augustus. She began to realise, more and more, how selfish he was. You get the sense, as you read, that the really private part of Ida, unknown even to herself perhaps, wished things could have been a little less extraordinary.

She is, however, no victim. Two years before her early death Ida defied conventional unconvention and leaving Augustus in England, moved to Paris with their shared lover Dorelia. She wasn't ending the relationship; but she was bored and depressed in the village where 'Gus' had parked her and she needed stimulation. It's also irresistible not to read into her departure an emphatic message, the kind that you deliver when you're taking back control: You want space? How do you like a few hundred miles?

Augustus, as most men would, followed Ida (and Dorelia) to Paris, although he didn't stay there. In 1907 Ida died of puerperal fever after her son Henry was born. She was only thirty years old. Augustus wrote about the hours after her death, 'I was seized with an uncontrollable elation [...] I could have embraced any passer-by.' More self-absorption? Or grief? According to Wyndham Lewis, John was drunk for three days, so perhaps it's more kind to assume the latter.

John's reputation has been spectacularly diminished by new thinking in art and gender roles. Just knowing that he raped Caitlin Thomas, as she revealed in her memoir, is enough to make any progressive person dismiss him. Ida, however, is restored, by the publication of her letters, as an essential pioneer in the arena of rights for women and sexual identity, not to mention experimental models of social organisation.

You can read Ida John's letters in 'The Good Bohemian', edited by Rebecca John and Michael Holroyd (Bloomsbury 2017).