The BATTLE OF THE BEANFIELD 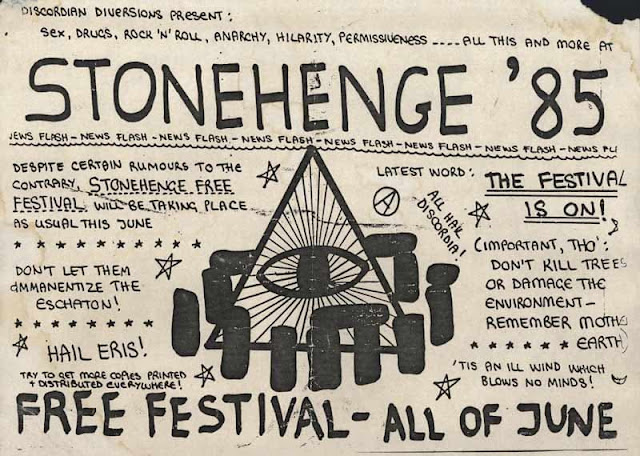 In those days wearing beards


was an arrestable offence.


Hair was gelled back rigid,


and the only value recognized


as worth your time was money.


Even music was all synthesised


to squeeze the human out.


That’s why they beat the shit


out of the hippies at the Solstice.


at Stonehenge on the longest day.


We drove buses there from anywhere


that life had left the land.


smashing up our heads and buses,


throwing pregnant women on the ground,


One threw a fire extinguisher at me.


Thank fuck his arm was weak.


A reporter for the tv news


It was a clear move by the government


whose love of drugs and bright clothes,


to the pile of gold they sat on


that they'd stolen from the poor.


But you know what? Margaret Thatcher’s dead.


And most of her government are dead.


And the chief of police in Wiltshire, dead.


I want to know his secret


if he’s not, the vicious bastard.


My beard is even longer than it was then,


and my heart’s unchanged.


I’m freerer than the Wiltshire wind


that blows around those ancient stones.


It’s just my bones that slow me up these days

written using things people told me and stuff I read