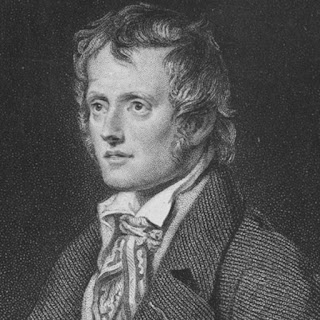 Went last night with a group of poets, a playwright and some interested onlookers to a public reading of John Clare's poetry in the dim light of the Guildhall Courtyard in Northampton. We stood or sat around the Clare statue there, the group about ten strong, and most read poems either by Clare, or work in the spirit of the so-called Peasant Poet; someone who's appearing in a play about Clare at the Abington Park Museum on Sunday recited part of that. You could tell he was accustomed to the stage: his voice projected powerfully over the noise of the traffic and the group on the steps at the other end of the courtyard loudly chattering.

I mention no names because the only person I knew there was Jimtom Keith Thomas James, Northampton's best living poet (myself not included). Jimtom, in kilt and red Cymru jacket, shuffled next to Clare's statue to read, demonstrating rightful kinship maybe, then picked a poem at random and read it beautifully. I declined when the organiser looked at me. I stopped reading in public a long time ago, and it's bad for my epilepsy if I read in poor light.

The discussion at the beginning of the reading gave a rather sentimentalised view of Clare and his mental health problems, I thought. He had seven children to support, according to the source I consulted, with little money to support them. He drank too, and seems to have had a complex relationship with the peasant life he is supposed to be the lyrical embodiment of. While stating that 'with the old dish served to my forefathers, I am content', he also dismissed his neighbours as 'insensible to everything but toiling and talking of it and that to no purpose.' That's a baseless snobbery I have been guilty of more than once in my life. Another poet with no money and no recognition (at least he'd had it once) living among the commoners.

As for Clare's illness, he was probably a little bit 'mad', as even polite people said in those days, from the very beginning. All creativity comes from a dysfunctional relationship with what is presumed to be reality. Artists in all mediums sit, think, imagine, dream, play, re-invent, while life is going on around them; they absorb the world around them through different processors. There is always a part of them not in the physical space most people occupy. Or I imagine they occupy it; I wouldn't know, being a lifelong fantasiser and not remotely connected to that mysterious multitude considered 'normal'. But what happens when dreams and fancies collide with the brute realities of the world?

Then you have confusion.

Then you have anger. Or the suffocation of anger in depression.

Then you have breakdown.

Then you have imagining you're Lord Byron and ending up in the crazy house.

This may not be the textbook definition of the stages of mental illness, but it's been my experience more than once.