Bard at the Beeb 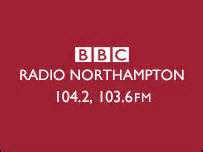 A week or so ago, I went down to Radio Northampton to do an interview about the old Railway Club in Wellingborough. A researcher at the station is putting together something about the history of music and youth culture in the county (I think that's the focus), and after seeing something I wrote here on Suffolk Punch, he invited me to participate.

We could have done it over the phone, or via Skype, if I'd had Skype, but I wanted to have a look inside the station. I'd been passing it every day for years, whenever I was in town, and latterly I'd known several people who'd been in there to talk about poetry, or charity. I don't like to admit it, but I'm occasionally very competitive. I want adventure; and I don't want you to have more adventure than me.

The experience was brief, but I loved it. And hated it. I went into a studio just vacated by the guy on the afternoon show and spoke into a microphone like Willie Nelson on a tour date promo. The young researcher asked me about the club, the bands who'd played there, and the attractions of the rock 'n' roll and rockabilly culture. I said that it was my first experience of anything vaguely adult, and that even the stories about the violence the club attracted were compelling reasons to be there for a naïve kid. I theorised that back then everybody wanted to belong to a gang, and mine was just a nostalgia gang with greasy hair, tight trousers and fluorescent socks. Was it the same these days, I wondered? I didn't know.

Occasionally my voice trembled. His attentive gaze made me nervous. I was afraid I was talking crap, or worse, sounding as old and irrelevant as reminiscing about these things was making me feel. It was a club that had been demolished at least a year ago. And the school I attended when I went there had been turned into a housing estate in the Nineties.

I don't want to go into the archives of history as an ex-Ted, I thought, absurdly, even as I romanticised for my interviewer. But in some way the idea that something, at least, might outlast me for a while was curiously comforting. And it sure as shit won't be my poetry. Those were good times. And the music was excellent.

After about fifteen minutes, the researcher concluded the interview. Is that it? I thought, Geldof-like. I wanted to go on for another half an hour, expanding into new areas, inspiring other programmes.

Are you just being professional, saying that? I wondered, while feeling simultaneously flattered, like a child who'd been praised for cleaning up his toys. Public appearances of any sort open me up like a wound, letting out all of my insecurities. But I have to take him at his word. We'll see when the show airs on February 7th at midday how much of my interview made the cut.

Not that I'll be listening. I'll be out walking in the park while Michelle listens for me and prepares all the reassurances I will, and won't, believe.