25 Things You Didn't Know About Me. Possibly. 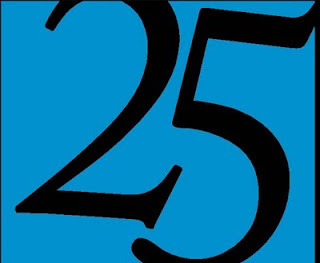 I saw somebody else do this so in a spirit of pure plagiarism, and to take my mind off Hanif Kureishi for ten minutes, I'm now going to list 25 little-known facts about me. If I can think of 25. All of these, despite my reputation for being a smart arse, are 100% true.

1. I was once made captain of my primary school football team. The other ten players promptly went on strike.

2. I wrote my first novel when I was ten, a 33 page revenge western called "Blood Lust".

3. I had a crush on my first teacher Mrs Bevan.

4. I once almost choked on bacon and had to pull it up out of my own throat to survive.

5. At primary school three girls asked to see my "winkie" and when I showed them I got in trouble.

7. I once tried to learn Russian so I could read Dostoyevsky in the original. I could only ever remember the word for "fox".

8. I feel sick when I smell beetroot.

10. I have never taken any illegal drug other than marijuana, but mainly because I'm too scared and too cheap.

11. In my twenties I had a pierced ear. I let it grow out when it went crusty.

13. I once had driving lessons, but I gave up when the instructor shouted at me.

14. I cry frequently. The provocation is usually music.

15. I feel there is something nightmarish about the silent tapping of computers in an I.T. room or an internet cafe.

17. I once bought weed from someone who delivered it to your door. He called his business "Deals on Wheels".

18. My greatest fear when I was younger was that I'd go bald in middle age.

19. Once I had an ear infection so bad my ear bled.

20. I first heard my favourite song "Freebird" when I was awake all night with food poisoning.

21. I am not allowed to go near the china at home because I am so clumsy I will definitely break it.

23. I nearly drowned once in the shallow end of the swimming pool.

24. I let my neighbour in Earls Barton call me "Graham" for two years because I was too polite to correct his first mistake.

25. I don't talk about my problems because I have a horror of sounding self-indulgent. Although I am.