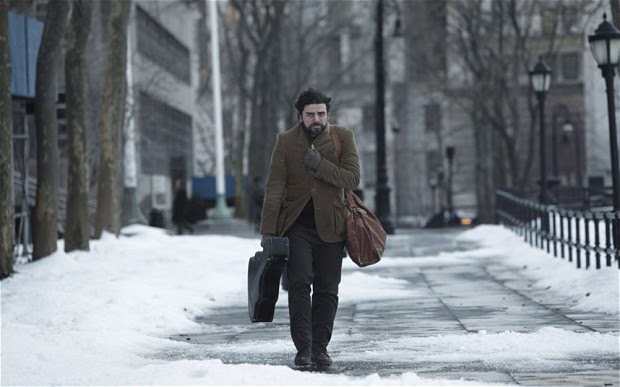 “We knew about the Kingston Trio and Harry Belafonte and their hordes of squeaky-clean imitators, but we felt like that was a different world that had nothing to do with us. Most of those people couldn’t play worth a damn and were indifferent singers, and as far as material was concerned they were scraping the top of the barrel, singing songs that we had all learned and dropped already. It was Sing Along with Mitch and the Fireside Book of Folk Songs, performed by sophomores in paisley shirts, and it was a one hundred percent rip-off: they were ripping off the material, they were ripping off the authors, composers, collectors, and sources, and they were ripping off the public.”

“We had so much opportunity to try out our stuff in public, get clobbered, figure out what was wrong, and go back and try it again. It was brutally hard work, because these crowds of tourists usually started out at the bars and by the time they got around to us they were completely loaded. So we would be playing for audiences of fifty or a hundred drunken suburbanites who really could not have cared less about the music—they were there to see the freaks and raise some hell. In that kind of situation, you either learn how to handle yourself onstage or you go into some other line of work, and the people who stuck it out became thoroughly seasoned pros.”

Both quotes from Dave Van Ronk.


“Inside Llewyn Davis” is a melancholy minor masterpiece about a passing era, specifically the Greenwich Village folk music scene of the late 1950s-early 1960s. Loosely based on events in the life of folk legend Dave Van Ronk, it follows the eponymous hero (played by Oscar Isaac) through one turbulent week—a week in which beatings and setbacks force him to confront the reality of his life and the apparent futility of his convictions about the music he plays.

Davis sleeps on other people’s couches and lives from hand to mouth; he thinks that the ambition of his former lover Jean (played by Carey Mulligan) to make enough money from performing to move out to the suburbs is square. For Llewyn, at the beginning, there is a higher motive for his gigging. It’s the purity, the authenticity, Van Ronk refers to in the opening quote. America in the 1950s was, by all accounts I rely on, an oppressively conservative society. The few folksingers who made money did so by removing any element in their music that hinted at the rural or proletarian origins of the material. Listening to the commercial recording artists who claimed folk connections back then, you hear music so syrupy or parodic you wonder how it was ever considered to be anything more than pop.

Uninformed critics have suggested that the dullness and naivete of the music before Bob Dylan landed in the Village in 1961 is the fundamental problem of “Inside Llewyn Davis.” In a sense, so these people would have it, the movie is an elegy for something that didn’t deserve to be saved.

I’m appalled and mystified by that view. Anyone who reads my stuff will know Bob Dylan has been the most important artist of my life. But to suggest that his music is intrinsically valuable and the music of those who came before him has none makes two mistakes. One is ignoring the fact that Dylan’s music grew out of the stuff he heard around him; without the scene as it was prior to his arrival, there would have been no Bob. The second mistake is confusing the authentic folk with the commercial rubbish. Yes, the Kingston Trio look and sound ridiculous now, but I’d rather listen to the New Lost City Ramblers than almost all of the things I hear on my radio these days when I tune in to the wrong station by accident in the mornings. Their version of “Tom Dooley” is one of the coolest things I’ve ever heard.

Dylan didn’t make folk music great by mixing it with surreal poetry. He made great music by mixing surreal poetry with folk. Van Ronk, Joan Baez and Karen Dalton were better singers and musicians. He just had that extra something, including a whole heap of luck: what would have happened, after all, if Robert Shelton of the Times hadn’t turned up to see the show he was support act for on that famous New York night? Or if he’d been a year older, a year more tired, a year less hungry, when it happened and Shelton had seen just another jobbing folkie instead of an embryonic star? Would the call have come from Columbia and John Hammond then? Maybe not.

More intelligent detractors have said that if “Inside Llewyn Davis” misses something, it’s only that it doesn’t show explicitly the ideological grounding of the Greenwich Village scene. Traditional folk music was played and listened to by people on the Left before Dylan’s infamous “betrayal” of protest songs on “Another Side Of…” and “Bringing It All Back Home.” Intense political debate—often, according to Van Ronk, violent in nature—fuelled the ideas and ideals of the artists. Maybe a bit of that in the movie would have deepened the characterisations of Llewyn and those whose paths he crosses; and shown to those who didn’t get it that the world of the movie is a serious one, not just a laughably quaint moment of long-ago history which our hero trudges through being offensive to everyone and hitting on all comers for favours.

This is a work of fiction, though, not a documentary, and a Coen Brothers movie at that. Character is the focus and it’s through Llewyn that the truths of the piece are revealed. The sharp contrast between his working class trade union background and the comfort of his middle class admirers should tell us something about politics; and with the exception of one speech in the Café Reggio, when Llewyn outlines his ideas to Jean, integrity is barely discussed—instead, it’s marvellously symbolised in a ginger cat which Llewyn loses and then pursues around New York. If only the screenwriter of “12 Years a Slave” had seen this before creating the careless exposition of the Brad Pitt scene in that movie.

“Inside Llewyn Davis” has sent me not to my Dylan albums today, but back to the work of all the artists who were eclipsed by the brilliant light of his fame. I’ve had a wonderful time revisiting Van Ronk, the aforementioned Karen Dalton, Mark Spoelstra, Mimi and Richard Farina. Dylan’s success was artistic as well as material, but it made fame and money the goal rather than the love of the great tradition; and there’s a sadness to that, for me. It buried something that we needed to keep alive in this world, or risk abandoning everyone to the slowly spreading, culturally homogenising capitalist nightmare.

Yes, that’s right. The one we’re in now. Would Van Ronk, even if he’d been producing great work still, as Dylan is, have advertised cars at the Superbowl? I don’t think so somehow. “Inside Llewyn Davis,” in that respect, remembers an age when we were not yet smart enough to stop resisting.