Spirituality Vs Religion: A Holy War For The Secular Age 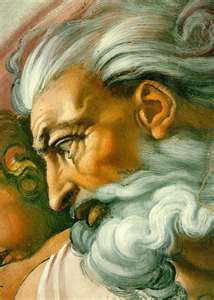 I've been hearing quite a bit lately - from friends and university lecturers - that spirituality is okay but organised religion isn't. We can have our own view on God, or Allah, or Krsna, or Buddha, so this logic goes, but when we align ourselves with any sort of group that shares the same views, we automatically become a crackpot.

I think people reject organised religion partly because they see it as angry and bigoted. They see Christians and Muslims telling us homosexuals are going to Hell, a woman's place is three feet behind her man's with her face covered and not in the church as a fully ordained minister. And those who look a little closer see ingrained inequality in Buddhism too (I don't know enough about Hinduism to comment).

On that score - the score of anger and bigotry - I sympathise with the sceptics. There is no place in a civilised society for the denigration of any of its citizens. But the bigotry just represents a direction that a particular religion has been pushed in by certain scholars. Or it reflects the interference of business and politics (see the United States). Often it's just the view being expounded by the person with the biggest mouth.

I think there's another reason why people separate sprituality and religion and allow legitimacy for one but not the other. Spirituality is a feeling, an inner glow, a warm buzz, and more often than not it's separated from the ritual associated with organized religion. One can feel God without bending a knee towards Him. Worship, in our secular age, is equated with a kind of voluntary subservience, and that's not acceptable.

I don't see it that way. Religion/ faith/ spirituality without ritual is fine, as far as I'm concerned, but I don't make myself unequal or a lesser being by cleaning my Buddhas in the morning, lighting incense next to them, sitting on a cushion in front of them to meditate. I am paying my respects to the highly evolved being who showed the way to our emancipation from suffering.

Besides, I'm not so special. It doesn't hurt me to bow before anybody, or to work for anybody. And how am I any more gullible sitting in a church or a mosque listening to a religious teacher than I am sitting in a university lecture being told by another institutional authority that the practise of religion is misguided?