The Second Wave is Here 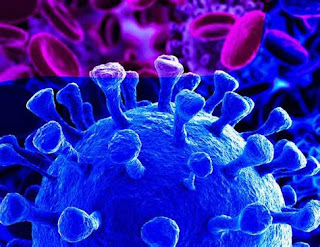 Boris Johnson announced yesterday what had been apparent to most of us for some time: the second wave of this coronavirus has arrived. Now, according to the news, the government are considering a second, short, nationwide lockdown to arrest its exponential growth. Whether that will happen or not I don't know. (Obviously.) My guess is that nationwide readjustments will come into effect to the measures that were announced when lockdown was eased. Another ban on visits to other households; perhaps a ban on meetings in parks, although as the colder weather comes in that will be less of a problem anyway. We might see a curfew placed an pubs and restaurants, which they already have in parts of the North. What's certain is that something has to be done, and as Angela Rayner, the Labour Party's deputy leader has said today, all of us should get behind the actions taken if they are indicated by the science. I would add that if the science indicates a complete lockdown, then that's what must be done, regardless of the economic consequences (although if it didn't work last time...). Perhaps I can afford to say this because I'm broke anyway and have nothing to lose except my life and the lives of the people I love. But two people in my partner's family have had Covid-19; others have had scares but were ultimately okay. It's like a small earthquake in your world when you hear somebody close to you has been struck down.
My fear is that the government's scientific advisors are too close to Johnson, Cummings and whoever else makes the political decisions at present to give a truly effective, impartial view of the state of the pandemic and the best strategies to tackle it. That could be my cynicism, of course - as a lifelong doubter of institutions - but having watched most of the broadcasts from Downing Street during the first lockdown, when Professor Whitty stood beside whichever half-bright minister Johnson sent in his place and looked far too meek and humbled for a clever man, I doubt somehow that the scientists have as much influence over government as they should.