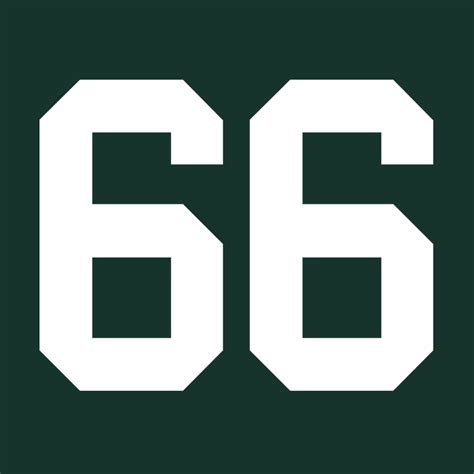 Yesterday we learned from the ONS that 66% of people with epilepsy in this country are unemployed. Since the majority of us with the condition can work, and the JobCentre insists that we must work, and since there is legislation which at least officially forbids disability discrimination, what is the explanation for this? Why are so many people living with epilepsy not also working with epilepsy?

It can only be discrimination that somehow goes under the radar. The discreet binning of applicant files. The 'more suitable candidate' at the interview stage. (Sometimes a candidate without epilepsy will be more suitable of course, but are we to believe that only 34% of people living with epilepsy are worth hiring? A candidate without a significant health condition has considerable advantages at job interviews anyway. Some companies recognise this; many don't.)

The terms and conditions of certain jobs also discriminate against epileptics. The policy warehouses like James & James have of dismissing staff if they are absent three times in one month, for example. It would be harsh on any employee to fire them for sickness, but I might have three days off in January, unavoidably, because of my seizures, and then none until the following April. Having a generic termination policy that makes no allowance for different health conditions is illegal. But no one ever challenges it because they are afraid of losing their job.

The kinder commentators see yesterday's statistics as a reflection of a lack of understanding about epilepsy among employers. If this is all it is -- I'm not convinced -- let me, as someone living with the condition, explain a little about it from the inside out, as it were. My account will be incomplete because everybody's experience of illness is different. But perhaps I can help a few employers, the ones who still consider their staff something other than an endlessly renewable supply of Morlocks; if they're out there, perhaps I can help them to realise that epilepsy is not something to fear, or something which renders a person useless. It's just a health condition, and a non-contagious one, and the person who has it might be the man or woman your company has been waiting for.

THE CONDITION, FROM THE INSIDE

I have tonic-clonic seizures. They are the bad ones. The really bad ones. I have warnings before them that last long enough, usually, for me to take off my glasses and sit or lie down somewhere safe. I do this to avoid hurting myself by falling from a standing position.

After the seizure I remember nothing. Sometimes witnesses have described me getting up and behaving in a confused manner. When I do this I should not be disturbed, unless I am endangering my safety. The memory of this confused behaviour, and the pre-seizure warning, return slowly over the day.

All my muscles ache after the seizure. My head pounds too. I also experience a tremendous sense of depression and the desire to be alone. This is the reason why I want to go to sleep. I'm not still ill; I'm not in need of medical attention. I just need time to restore my body and my mind.

I have warnings without seizures too, although the symptoms are sometimes identical and every time it happens I think I am about to go to the ground. My warnings tend to take the form of visual and auditory hallucinations: the sudden magnification of tiny details like a blink, or voices suddenly echoing as if a living room had become a great hall.

I experience these warnings all over the place and at any time, although I am more likely to have them when I'm too cold, when I'm over-tired or when I'm excessively anxious. Long work at a computer screen brings them on too.

While a warning is taking place my breath may seem to become heavy and I may not answer you. This is because I am scared. I'm trying to focus in on myself, to control and then regulate my breath, thereby calming my mind.

Each warning leaves me with a headache and a feeling of nausea for at least an hour afterwards.

I sometimes have warnings in clusters. After months without, I can suddenly have eight in two days. Given how poorly that makes me feel, and how frightened, work is sometimes out of the question.

This is probably the least understood aspect of life with epilepsy -- and with any other condition, for that matter. The JobCentre and the various contractors they work with tell you that you mustn't be negative. Positive thoughts create positive outcomes etc etc. The desk jockeys sharing these supposedly inspiring philosophies are nearly always able-bodied and if they have any of the invisible conditions, they never share them with you. Which they would. I know someone who, when attempting a discussion with a JobCentre coach about her severe arthritis, was reminded that she, the coach, worked 40 hours a week with cluster migraines.

As someone living with epilepsy, I face the daily reality that every time I step out of my front door I may collapse in the street, on the bus or in my workplace. I might even die if the seizure is a little worse than usual. I live with a fear of that unknown next hour or six hours or twenty-four hours that never goes away -- it is unsettling on an existential level -- and still, after 15 years, I have a sense of guilt because I am not as healthy as I used to be.

Consequently I have withdrawn from many social situations because I no longer feel safe in them. Where I feel safe is in my home, surrounded by familiar objects and soft places for me to fall. But I withdrew from people too, a few years ago, some who might even have had some feeling for me, and when I did that I fell into a depression that lasted seven or eight months.

But I kept my job throughout that long and dark period. I never missed a day through sickness. In fact, an epileptic learns to perform wellness, almost unconsciously, as a way of reassuring people about his or her acceptability, their normality, so most probably didn't even know I was sick.

A few years ago, a tremendous service was done to dementia care and research by the popularising of the dementia champions concept. Advocacy was encouraged and awareness raised; even MPs were declaring themselves champions at one point, although their zeal was predictably short-lived.

Epilepsy needs its champions too. There needs, perhaps, to be a co-ordinated national campaign led by figures with high public profiles to put epilepsy centre stage for once -- it has a marginal to non-existent media presence -- and educate people, employers and potential work colleagues included, about what it really involves.

It's either that or leave us squeezed forever between a JobCentre that doesn't want to give us benefits and a working world that doesn't want to give us a chance. Or maybe the lives of people with disabilities don't matter anymore, notwithstanding the bullyingly motivational speeches given to us by employment experts with loads of training under their belts, but no idea what it's really like in the hot seat.

Sorry, but I think it's that.