The Task: Newton, Cowper and the Civilisation of the West

on February 10, 2018
'This morning buryed a woman slave (No 47) Know not what to say she died of for she has not been properly alive since she first came on board' -- from the diary of John Newton. 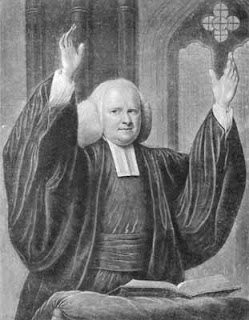 February 15th this year, I discovered yesterday, is an important anniversary. It will be 250 years since William Cowper and Mary Unwin moved into the large, imposing house that still looks down over the market square in Olney, Buckinghamshire. Today their home is the site of the Cowper and Newton Museum, a memorial not only to the life of the poet, but also his friendship with the composer of 'Amazing Grace', who as an Anglican clergyman, ministered to the spiritual needs of the parishioners in Olney. Newton had an earthly agenda as well as a heavenly one. He wanted to rid his society of slavery, which he himself had practised before entering into the priesthood; and Cowper, as his friendship with Newton grew, would prove to be a more than capable initiate into the work, testifying against slavery in a series of poems that warned his readers of the inhumanity of a system still accepted as a perfect profession for a gentleman.

But ah! what wish can prosper, or what prayer,
For merchants rich in cargoes of despair,
Who drive a loathsome traffic, gauge, and span,
And buy the muscles and the bones of man?
The tender ties of father, husband, friend,
All bonds of nature in that moment end;
And each endures, while yet he draws his breath,
A stroke as fatal as the scythe of death.
The sable warrior, frantic with regret
Of her he loves, and never can forget,
Loses in tears the far-receding shore,
But not the thought that they must meet no more;
Deprived of her and freedom at a blow,
What has he left that he can yet forego?
William Cowper ‘Charity’ (1782)

It was an unpopular message in a country profiting so handsomely from slavery, and initially, despite his fervent belief in its wickedness, Cowper resisted putting pen to paper on the subject. In the British parliament, MPs laughed when they heard testimony of black bodies being thrown overboard from slave ships as useless cargo. They were among the men making vast sums from the kidnapping and inhumane transport of imprisoned Africans. Our own previous prime minister David Cameron had alleged connections to the trade. His family, many generations ago, made their millions from the murderous exploitation of human souls -- or so it was said. Cameron himself would neither confirm nor deny it. 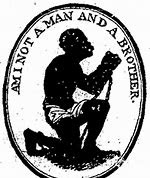 Once the requests of friends (you have to imagine Newton among them) had helped Cowper overcome his initial reluctance, he wrote several poems against slavery, describing the horrors of the slave's experience so vividly it was as if he'd lived it himself. Did his lifelong struggle with depression (Cowper's more conservative admirers speak of a tendency to melancholy) give him at least a partial insight into the catastrophic psychological impact of the slave's abduction and torture? Or perhaps it just made him more inclined to empathy? The experience of personal suffering can lead either to great kindness, or great cruelty.

John Newton had left Olney by the time 'Sweet Meat has Sour Sauce', Cowper's most famous anti-slavery poem, was written. A BBC page claims churchgoers in the town were tired of his 'hectoring' sermons. It seems just as probable that someone on an evangelical mission like Newton might have found rural Buckinghamshire a little too far away from the action. He did, after all, exchange Olney for St Mary Woolnoth in London.

In London Newton met again an idealistic young MP, William Wilberforce; he had known him when the latter was a child. Wilberforce took up the abolitionist cause with such a fervour, it came to dominate his life, affect his relationships and take a toll on his health. He was supported in the herculean task of ending slavery by Newton, who became his spiritual and moral guide. But there were many others working for the abolitionist movement. Poet Hannah More was one. Olaudah Equiano was another. The latter wrote 'The Interesting Narrative of the Life of Olaudah Equiano', which, with its graphic account of the slave trade from an African perspective, was a key text for the movement. The veracity of the text, or at least a part of it, has been debated since, but the power of the narrative can't be argued.

Slavery was abolished, technically, by an Act of Parliament in 1807, once again in February, and Newton lived to see its abolition, despite being almost blind and at the point of death. It continued in the British Empire until the 1830s, at which point all slaves still held were emancipated. Among those compensated by the British government for the loss of income that emancipation represented was the Anglican Church Society for the Propagation of the Gospel in Foreign Parts, which owned sugar plantations. It seems Newton's very fine example was lost on some senior members of his own church, who, I would add, are not cut from the same ideological/ moral cloth as the people who administer Anglicanism today. If they were, you have to hope, they would be driven off the land like thieves. 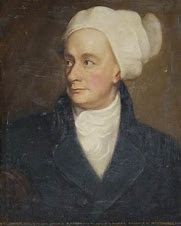 Cowper never lived to see the fruition of his own work against slavery. He died in 1800 at 61, after the death of his wife Mary left him 'a mental and physical invalid' ('Romanticism' ed. Duncan Wu). Newton died in 1807. He was buried in St Mary Woolnoth; but his mortal remains were disinterred subsequently and returned to Olney, where he now lies in a corner of the graveyard of the church of St Peter and St Paul. His bones rest beneath an impressive monument 'erected by public prescription', his vast contribution to the effort of civilising the Western world finally appreciated by a significant minority, even if the job itself, as Newton would agree, is still woefully unfinished. 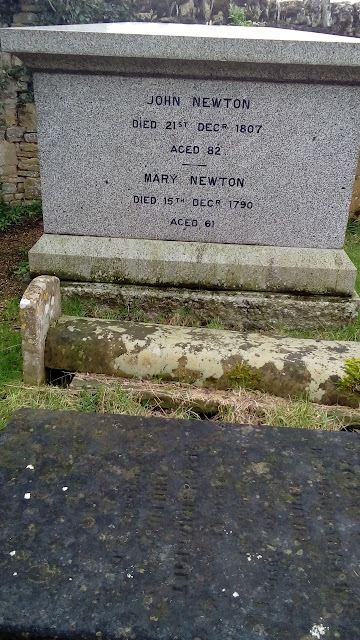