Tibet: Rangzen Or The Middle Way

on February 19, 2013
For many years I have said that only Tibetan independence can serve as a safeguard for the preservation of our heritage, culture and national identity. Talk of “autonomy” masks a sad defeatism and an acceptance of the inevitability of China swallowing our country; it is unworthy of the descendants of the great Emperors (tsenpo) who made Tibet a powerful and enlightened state. I call on all Tibetans to join us and our brothers and sisters in Tibet, in the pure and sacred struggle to free our country -

The annual raising of the Tibetan flag over the Guildhall in Northampton is due to take place in March. Every year, in a ceremony organised by local people and attended by the Mayor, speeches are made about the continuing horror unfolding in Tibet; songs are sung, and then the Tibetan flag is raised outside the nineteenth century Gothic-style building. The local paper takes pictures. The people in attendance wave miniature Tibetan flags. 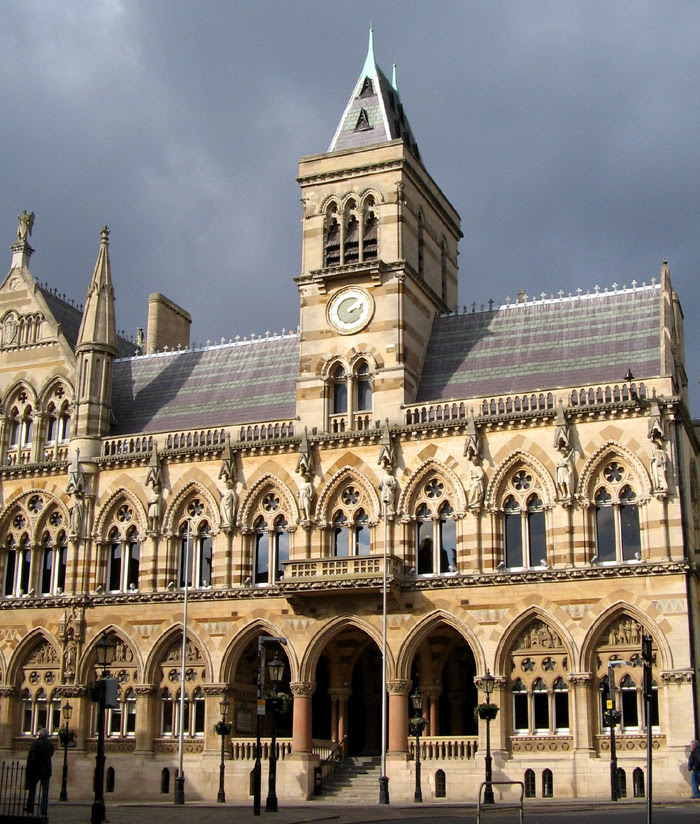 It's a nice ceremony, and you feel good attending it - especially because you know you wouldn't be able to do the same thing in Chinese-occupied Tibet. The question is, does it help? or is it just, as Bob Dylan once said about protest music, a personal (and rather self-righteous) act of disassociation?

I went last year. You can probably read about it in the Suffolk Punch archives, if you have nothing better to do. Then, fired up by the spectacle of the Tibetan flag flapping high up in the wind over a busy street as it should do in Tibet, I formed a Tibet group on Facebook, which most of the people who came to the Guildhall joined.

Unfortunately, joining a Facebook group was all most of them were prepared to do. Assuming, naively, they would be behind me, I wrote a manifesto for the group promising non-violent action against politicians, businesses and institutions (like Northampton University) who maintained close associations with China when people were dying in Tibet. I said we would embarrass them publically. Bombard them with emails. Protest outside their buildings.

And within hours the people in the Facebook group began quitting in their droves.

I don't doubt that the majority of those people earnestly want to end the suffering in Tibet. The problem, as I have since realised, is that the power behind the annual ceremony is an uncritical follower of His Holiness The Dalai Lama, whose strategy of patience, of attrition, of good faith in the ultimate kindness and wisdom of the Chinese Communists, has helped to perpetuate the holocaust in his country. The Dalai Lama doesn't even seek independence from China. Speaking on behalf of his people on his own website, he calls the imagined national disinterest in this "a historical fact". Despite the colonisation of Tibet, the arrests, the torture, the forced sterilisations, the self-immolations, the stripping of Tibet's natural resources, His Holiness persists in the belief that his people can live autonomously under the Chinese.

As I have said before (and as a Buddhist I take no pleasure in thinking it) that view is either naive or stupid. But the organiser of the Guildhall ceremony and the many people who cluster around her are ardent admirers of the Dalai Lama like almost everybody in the West. He is a charming, intelligent man and to some extent he meets our Orientalising need for a quirky little Eastern guru to replace our discredited Popes and Archbishops.

What they are about, the Guildhall people, is seeking solutions that satisfy all. Asking our politicians to talk to their party leaders who in turn gently persuade the Chinese to change. They are about the right prevailing because it is right and everybody being good deep down. They don't want action. They don't want antagonism. Which is all very well when you live a comfortable middle class life in England. Or a comfortable 'simple' monk's life in India.

Surprisingly, the Guildhall ceremony organiser has invited me back this year with a note that says, "Sorry about the misunderstanding." But the misunderstanding was on my part, not hers. I didn't have as clear a picture then of where the fault lines lie in the Free Tibet movement. They are prepared to wait another sixty years for it, so it seems, while weeping big salty tears over the names of the dead, and I'm not.

So I won't be going to the flag raising, although I hope they have a nice day. Frankly, I'd do just as much good for the people of Tibet by staying in bed. Not that my own more direct and cantankerous action in the past year has helped a hell of a lot. They're still burning their own bodies to get someone to listen. And universities are still making big sums of money by nestling down in the lap of the Communist killers.